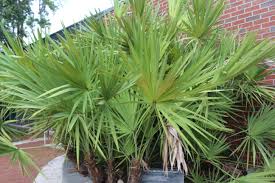 Saw palmetto called «American dwarf plant» in the southeast suburbs of America. Its berries have been used because of the variety of medicinal purposes it brings. Saw palmetto receives its medicinal properties of fatty acids containing.

Saw palmetto can inhibit certain effects of some hormones of the body and has a potent antiinflammatory effect, used as a natural solution to relieve the symptoms of benign prostatic hyperplasia or slow the alopecia since the extract saw palmetto could inhibit the action enzyme  5-alpha-reductase that converts testosterone to DHT, acting as estrogen and androgen antagonist, by competing for receptors of hormones in cells, to the action as flutamide.

Today, this plant does not grow naturally in many areas of the planet. Because of its great benefits it is being grown for marketing.

Features and Benefits of Saw Palmetto

The embodiments of the saw palmetto most common are:

Side Effects and contraindicaciones

This website uses cookies to improve your experience while you navigate through the website. Out of these, the cookies that are categorized as necessary are stored on your browser as they are essential for the working of basic functionalities of the website. We also use third-party cookies that help us analyze and understand how you use this website. These cookies will be stored in your browser only with your consent. You also have the option to opt-out of these cookies. But opting out of some of these cookies may affect your browsing experience.
Necessary Siempre activado
Necessary cookies are absolutely essential for the website to function properly. This category only includes cookies that ensures basic functionalities and security features of the website. These cookies do not store any personal information.
Non-necessary
Any cookies that may not be particularly necessary for the website to function and is used specifically to collect user personal data via analytics, ads, other embedded contents are termed as non-necessary cookies. It is mandatory to procure user consent prior to running these cookies on your website.
GUARDAR Y ACEPTAR